School of Studies in Literature and Languages 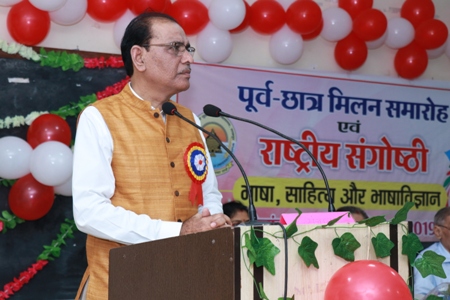 The School of Studies in Literature & Language serves as nucleus mainly for the maintenance and development of Languages and Literature through teaching, intra and inter disciplinary research and project. The output of research and projects draws the attention of Language-planners of Chhattisgarh. The school has been constantly engaged in training the youth in strengthening Hindi, English, and Chhattisgarhi for their Practical as well as academic purposes. The objectives of the programmes run by the School are to enrich the students with Linguistic and literary competence so as to enable them to perform efficiently in different domains.