Pt. Ravishankar Shukla University is Chhattisgarh's largest and oldest institution of higher education, founded in 1964, and named after the first chief minister of erstwhile Madhya Pradesh. The University has a sprawling campus in the western part of the capital of Chhattisgarh, Raipur. The campus of University is spread in 207 acres of land. There are Twenty-Nine teaching departments in the University. Out of which six departments buildings have been constructed recently. A variety of self financed courses have been initiated in some departments. The total number of employees is 700, who provide the administrative support at different levels.

Attracted by the opportunity to study and conduct advanced research with renowned professors and fellow scholars in one of the Chhattisgarh's most dynamic cities, students also come from the neighboring States. There are 5000 students enrolled for variety of courses offered by the departments who are steered under the guidance of more than 100 faculty members. Jurisdiction of RSU covers entire central and southern part of Chhattisgarh. There are 180 educational institutions affiliated to the University. In the academic year 2005-06, about 1,25,000 students were enrolled, both for undergraduate and postgraduate courses. The University plays a major role in the educational, cultural and economic life of the region.

Access to the City
Raipur can be accessed conveniently from most of the metropolitan cities of India. It has a domestic airport (Air India website http://www.airindia.com; Indian Airlines website http://www.indian-airlines.nic.in). There are daily direct flights from New Delhi and Mumbai. In addition there are four flights/week from Chennai. It is also indirectly connected with Kolkata via Nagpur and Mumbai. Raipur is an important railway junction (Indian Railways website http://www.indianrail.gov.in. It is located about 300 kilometers from Nagpur in the East on the Mumbai-Kolkata (Howrah) trunk line. 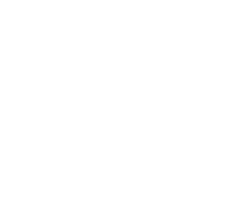